Genghis Khan and his army of horsemen conquered and built the largest empire in history, even bigger than the great Roman Empire or the mighty Spanish Empire at its peak. This was in the early 12th century and the secret of the Mongol army’s success was its speed. It is said that they are the best riders on top of the best horses in the world. But success comes at a price: they can’t stop eating. And that’s where the story of the burger begins.

So they can eat while they ride, the mongols cut pieces of horse meat, salted them and put them in their mounts, between the mane and skin. And there, with the help of friction, the salty meat was cured, heated, and cut so that the horsemen could pull the chicken as they passed around the eastern region of China to the west of Russia today.

It is true in the Russian territory that this terrible food of the Mongol horsemen was received and called steak tartare – hell in Greek mythology and the name for all soldiers of the East – or steak tartare : today’s famous French cuisine dish made of minced raw beef, seasoned and topped with an egg, also raw.

Hamburger: from Russia to New York, via Hamburg

Since the 13th century Hamburg has been one of the most important ports in Europe. Trade, and therefore culture, exchange with Russia is inevitable. This is how, throughout the 17th and 18th centuries, the Mongolian preparations received by the Soviets reached the city that gave it its name. Russian steak tartare was received in such a way that in Germany it took the name of Hamburg steak or Hamburg steak. The proof of this is that already in 1802, the name Oxford dictionary defines Hamburg Steak as: “salted minced beef, lightly smoked, mixed with onions and breadcrumbs“.

During the 19th century, almost seven million Germans left for the United States through the port of Hamburg. Most of them arrived and settled in New York City — in the 19th century the Big Apple went from having a population of less than a hundred thousand people to more than three and a half million, so over to be the most populous city from the country- . Of course, these Germans who came to America brought with them their thoughts, hopes and their culture and traditions, which is the famous Hamburg steak.

The arrangement quickly became popular in the restaurants near the New York harbor.. However, the Hamburg Steak – which is already mentioned in New York menus from 1837 – is still an expensive and beautiful preparation because of two reasons: the meat grinder was built in the farm Germany this year but it is not there yet. spread throughout the world, which will be several decades; and other reasons why the price of beef is high. Animal farming became more widespread and cheaper throughout the 19th century thanks to the invention of refrigeration. 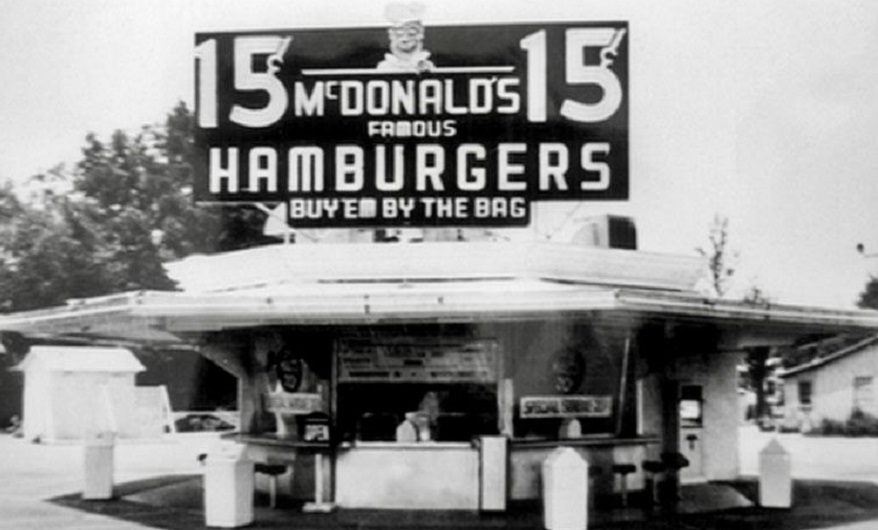 McDonald’s was founded in the 1940s, but it wasn’t until the 1960s that it started doing business in America.

The rise of the modern hamburger

At the end of the 19th century, many people throughout the United States wanted to pray the invention of the hamburger as we know it today. Myths and legends abound but the truth is rare.

The oldest of these stories and, therefore, the one that we will consider is the historical one that goes back to the year 1885. A 15-year-old boy named Charlie Nagreen had a table sold at a festival in Wisconsin – a state in the north of the United States – where he offered Hamburger steak (cooked in butter). But it seems that his success is relative, if not null. People want to be able to move around the feast while they eat and don’t have to sit down to make their minced meat. Reviewing this, Charlie came along flatten the steak and serve it on two buns so that diners can enjoy it on the go. The new food was named Hamburger Charlie and the talented young man continued to sell the mythical sandwich until the day he died, almost seventy years later.

However, the explosion of the hamburger as an American symbol and popular dish for workers came in the 1920s, parallel to the end of World War I and the Great Depression. 1929: the conditions that created a good environment for the sacrifice of a simple. and cheap food. In this decade, more precisely in 1921, also The first fast food restaurant in the world was born: White Castle. They were the first to make hamburgers quickly and efficiently, following the Fordist chain production model. There was born the idea (now very widespread) of trying to put the same thing in all places: No matter where or when you eat it, the burger should taste exactly the same. 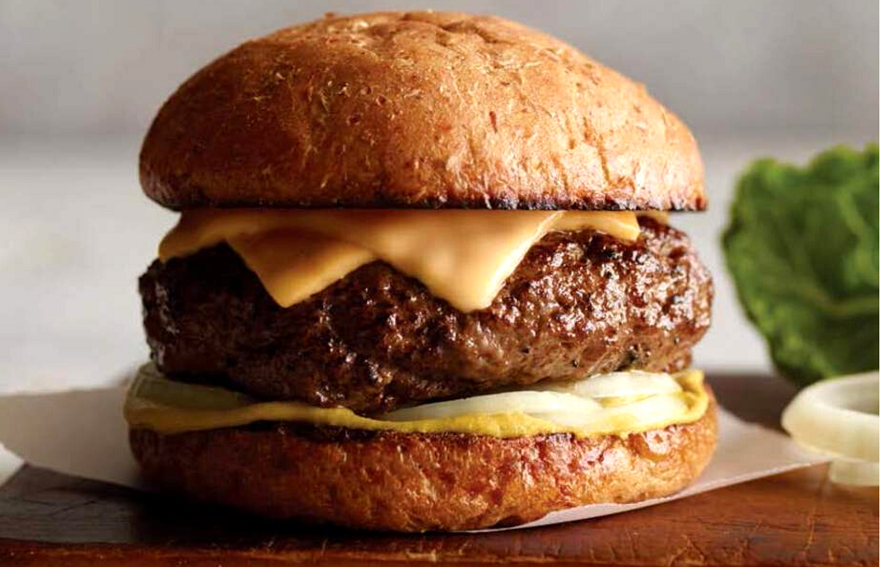 Today the hamburger is a fashionable product

In the second half of the 20th century, hand in hand with the growth of fast food and its large chains, the hamburger spread to all corners of the world. For example, McDonald’s was founded in the 1940s, but it was only in the 1960s that it began to do business in the United States and, from the next decade, the whole world – today they sells about seven million hamburgers every day-. The hamburger has become one of the only – perhaps with pizza – food around the world: in a street in Hanoi, in a city in Arkansas or in Niamey, the capital of Niger; always, every hour, every day, there are hamburgers.

In the past decade, the spirit and perception of the hamburger has changed. It has gone from being almost the only junk food offered by fast food stores to becoming a product, which is worth talking about, thinking about and even tasting in stores dining in the world with Michelin stars. Cool burger joints sprouted on every corner and great chefs prepare their models with raw materials, products that until recently no one would think of in a simple hamburger: the meat between the buns that we need to appreciate the importance of thinking, to feel the taste of cattle, it mixes. fat with its juice, its pleasant texture melting in the mouth, synthetic cheese that drips from the knuckles, the soft bread spread with mayonnaise; to childhood.